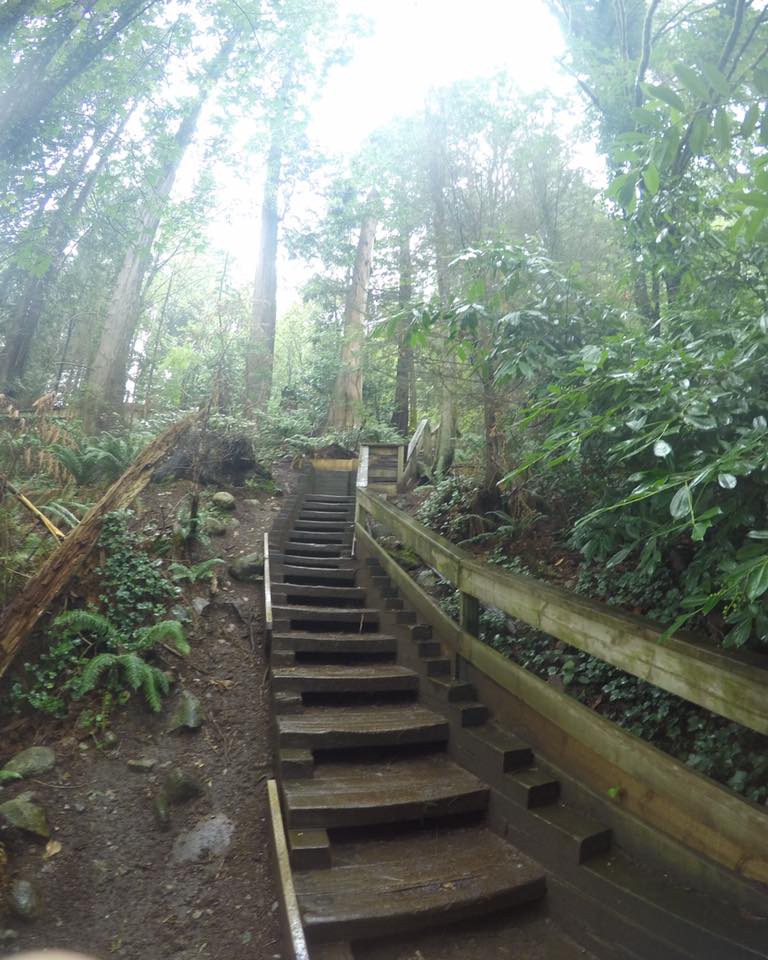 On the Tuesday before the wedding I was left on my own as Sam and her friends got their nails done for the weekends festivities. It was raining… again so I asked my ‘in-laws’ (shout out to Carol and Tim) if I could have a lift to Deep Cove so I could climb Quarry Rock.

Note: Deep Cove is also an excellent place to go kayaking and this has been highly recommended to me. Unfortunately the weather and timetables did not allow for this.

Quarry Rock is a rocky outcrop that sit above the scenic village of Deep Cove and it is a view I had wanted to experience having seen it many times on friends Instagram/Snapchat posts.

It is a relatively easy hiking trail (which forms the eastern most part of the Baden Powell Trail) that leads up directly from the village. The trail is well trodden and any inclines are made easier by wooden staircases like the one below.

The climb took me about 30 minutes at a constant and quick pace (I would suggest 45-1 hour at a normal pace). After half an hour I reached the peak of Quarry Rock. The outcrop looks down on Deep Cove below as well as views of Indian Arm and the mountains around Belcarra.

The rain meant my time on the top was relatively unspoiled by other walkers. It also meant I got to be an idiot with my GoPro and its tripod which is something I rarely get to use.

The return trip, mainly down hill took a further 25 mins and I soon re-emerged damp and sodden into the village. There was only one thing left to do and that was to engage in the local delicacy which is Honey’s Doughnuts (found on Gallant Ave).

I would recommend Deep Cove and Quarry Rock to anyone wanting to experience the BC wilderness without committing to a 3hr + trek. The donuts are literally the icing on the cake! 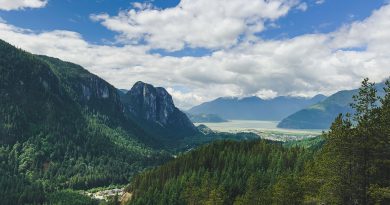 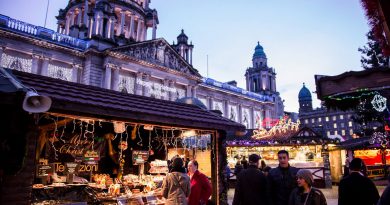 A Detour to Belfast