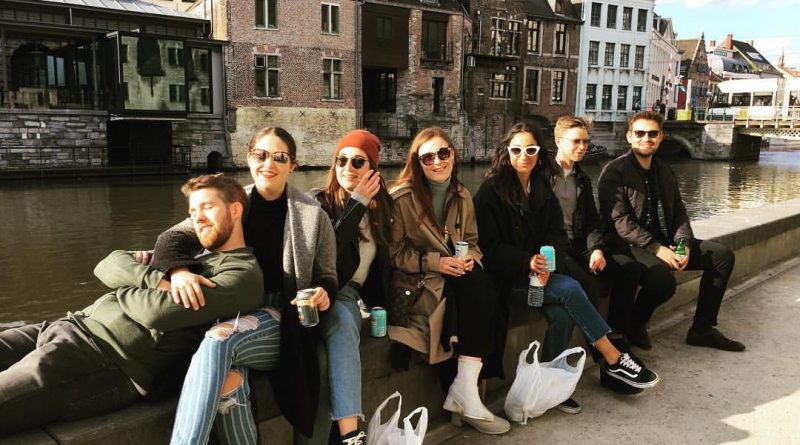 I feel many bypass Gent for the ‘prettier’ Bruge and busier ‘Brussels’ but charmed by pictures of the Grand Canal and the fact its a University town (with a lively nightlife) swung our decision to have a layover in the city.

The train from Bruge takes 23 minutes and costs €7. This was so quick that we had sat down, opened our drinks, taken a sip and voila, we were there. The main train station in Gent (Gent Sint-Pieters) is out of town but there are a number of tram routes to various parts of the city.

Our apartment (booked through AirBnb) was situated in the Lievekaai area which is strictly a residential site with no bars or restaurants making it one of the quietest parts of town yet still only a 5 min walk to the castle and 10 minute walk into the centre of town. The view from our doorstep, especially at night was spectacular.

Gravensteen (translates as Castle of the Counts) is an 11th Century castle. It has been used as a castle, courthouse, prison and even a textile mill during the Industrial Revolution. It was gentrified for the World Fair which was hosted by Gent in 1913 which ultimately prevented it from being completely demolished (which would have been a tragedy)

Probably the most famous bar in Gent. The ale house is named after a 16 tonne super bombard cannon which b.ecame a symbol of Gent. Dulle Griet translate from Flemish as Mad Meg.

The bar is famous for ‘Max’ a 7.5% house special served in a 1L Kwak style vessel with wooden support. The glass is a well sought after souvenir so the drink is only served if a trainer is given as a deposit. Shoes are taken and hoisted up in a cage at the top of the bar until the glass has been returned (empty). The beer volume/quantity is strong enough for the bar to responsibly limit the beer to 1 per person. Trust me, 1 is all you need haha.

We were joined in the pub by Sam’s friend Sabrina, boyfriend Cam and their friends who were also in Belgium for the weekend. Unfortunately conflicting calenders meant we only had a few hours before they had to head back to Brussels.

As a Brit we take this for advantage but it is illegal to drink alcohol in public (or even have an open container of booze) in Canada so one of the best things to do with North American guests is to head to the local shop, buy some beer/wine and find somewhere pretty to enjoy the sunshine. In Gent we found some park benches and sat with the locals and enjoyed the spring sunshine, even making friends with some locals who told us some good places to eat and drink.

Having skipped the boat trip in Bruge in preference for the horse drawn carriage we decided to take advantage of the bright, sunny Easter Sunday morning and take a trip down the cities canal systems. The trip takes about 45 mins and costs €7. The tour guide did an excellent job giving insightful snippets in French, Dutch and English. She was delighted when I told her I was from Manchester because Gent is often referred to as the ‘Second Manchester’ due to its Industrious past. Below are some of the photos I took of the trip

Gent was probably our favourite city we went to. However we had committed to (and paid for) accommodation for our final night in Brussels so off we went. 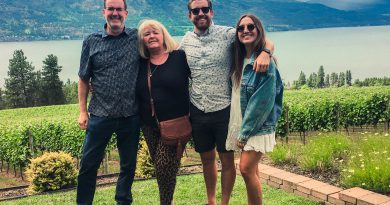 When the Parents Came to Town…. Okanagan Lake

2 thoughts on “Celebrating the end of Lent, in Gent”