The Amalfi Coast has been the playground of the rich and famous for over 2000 years; from the likes of Emperor Claudius (one for you Dad) & Tiberius to Sophia Loren & Rudolph Nureyev. Today, this “road of 1,000 bends” hugs soaring cliffs and weaves precariously in and out of deep gorges, passing olive/wine groves, lemon terraces and tumbling colourful villages, all against a background of breathtaking azure sea. It is unsurprising that it remains one of the most romantic places on earth and an ideal place for our friends Tyler and Emily to begin their honeymoon (and one I wanted to tag along too). We had 4 nights on the coast staying in the charming hill town of Montepertuso having flown into Naples Airport. A private transfer is around €100 if you shop around abit.

Note for Emily: the Amalfi Coast is in Campania so shouting Champagnia to our driver to ask to pull over for champagne isn’t going to work 🙂

Sam and I wanted to stay in Positano but it is incredible expensive and I decided that Montepertuso, situated on the hill just up from Positano was the best of both worlds. Its close to the action, inexpensive and typical of a more traditional sleepy Italian town as opposed to a tourist hot spot. It also had the only full sized football pitch in the immediate area but if Sam asks, this had nothing to do with my decision…. nothing.

Montepertuso literally means ‘hole in the mountain’ and is named after… you guessed it a hole in the mountain that overlooks the town. Legend has it that the Devil challenged the Virgin Mary to a test of power to see who could blast their way through the solid rock of the mountain. The Devil had a number of goes with little success and then the Virgin Mary walked up to the Mountain and pressed her finger to the rock and blew a large hole through the mountain highlighting the triumph of good vs evil. This event is commemorated with a number of shrines around the village.  The hole is a short 15 minute hike (although a steep gradient) from the village square and one we decided to do on our first morning to work up our breakfast appetite.

There is a joke about jumping in the Virgin Mary’s Hole somewhere….

Montepertuso was lovely and quiet, After days trudging through the main streets of Amalfi and Positano it was a welcome relief. We stayed in a lovely AirBnb that may have been a bit dated but the bed was comfy & clean and honestly, what more do you want. The Amalfi coast isn’t the place to catch up with the new season of Game of Thrones.

One night we chose to eat at Il Ritrovo which is situated in the main square. I ate something like 18 pizzas over the 10 days (including snacks and Focaccia) and this was my favourite evening meal of the entire trip (despite the restaurant not serving Pizza). Go figure eh.  As a restaurant that doesn’t have the luxury of attracting passers-by so relies on great food and excellent service and both were top notch. We were given a free glass of prosecco on arrival, anti-pasti from the chef, sorbets for dessert and a bottle of house white wine to take home with us. They also provide a FREE shuttle service down to Positano should you stay in the main town which I would thoroughly recommend.

Positano is accessible down a pathway of 1000 steps but in the sun it isn’t a happy hike and a killer on the calves. I wanted to climb back up but I was quickly outvoted on a number of occasions. The bus down to Positano came every hour, took 20 minutes and cost €1.70. This was an experience in itself as many of the 1000 bends are negotiated by a bus that you are sure cannot fit through some of the gaps. The bus has absolute power, all other road vehicles parted like the Red Sea to avoid being swept down the road.

Emily and Tyler on our 1st (and last) descent to Positano

‘Positano, like the legendary Sirens of Li Galli, never fails to seduce’

I love, love, love Positano. It is a travelers and bloggers dream (well until the bill arrives) and around every corner there is a new panorama for budding photographers. It is literally impossible to take a bad photo of this little town. John Steinbeck visited in 1953 and wrote in an article for Harper’s Bazaar: ‘Positano bites deep. It is a dream place that isn’t quite real when you are there and becomes beckoningly real after you have gone’.

Positano isn’t a destination where you come to see attractions so to speak, nor will you find much to do beyond wander at leisure, soak up the coastal atmosphere, taste the exuberant Campania palette (pizza, pizza, pizza) and drink the day away (whether it be Aperol Spritz, wine, limoncello or a nice cold Peroni (the good one, not the sh*t we get in the UK).

So long as you walk the streets without rhyme or reason, make your way down to the characteristic black pebble beach, endulge of the six senses when indulging in local, fresh cuisine and go out of your way to seek the perfect view, then really you have “seen” Positano, all whilst working on those glutes on natures stairmaster (did I mentioned we climbed some stairs??)

Positano has two of the areas better beaches. The main beach (Spaggia Grande) is one of the largest beaches on the Amalfi Coast. To the west there is also a smaller Fornillo beach which can be reached via a coastal path or simply take a water taxi from one of the beachside clubs (aka buy a sun lounger for €10 a day). Usually I detest paying €10 to lie somewhere but the beaches of Italy tend to be rocky and the surface of the sun and therefore uncomfortable to lie on.

For our honeymooners this was the first experience of the Mediterranean Sea and how bloody salty (and freezing) it is (Did you know: The Med is one of the worlds largest salt reserves and used to be a mile-high salt pan) However it was a blissful relief after a 1000 step descent from Montepertuso.

The first dunk in the Med for these Canadians

One of my personal highlights is filling up a water bottle of locally produced wine (1.5L for €3.50) and it actually tasting good. You can take the boy out of Manchester but you can’t take the Manchester out of the boy.

We only ate in a couple of places in the town with contrasting experiences. The first was Cafe Positano with the most beautiful views of the town (see below). However you pay for these views above and beyond and the service was shoddy. The girls were asked to hurry up drinking their wine as people were waiting for the table. As a couple of service professionals this did not go down well.

On the other hand we ate in the establishment that is Chez Black, a restaurant for over 60 years which was set up by an Italian man and his English Sweetheart (foreigners love us Brits eh, Sam) and is now under management by the grandson of the original owner who still comes for his dinner in the restaurant each evening and socialises with the people of Positano and whom took a particular shine of the bubbly nature of Emily (who may have been after some freebies…). The restaurant fronts on the main restaurant and is expensive but the food was simply delicious.

So, in basically, go to Positano! You won’t be disappointed.

One would expect the jewel of the Amalfi Coast to be the town of Amalfi, but quite simply it isn’t and I was underwhelmed by my visit to be honest with you.

Amalfi is one of the more historic towns with a great maritime and historic pedigree. In fact, for a number of centuries the Amalfi sea-faring nation ruled the Med which is crazy considering the size of its capital. What ruined the experience for me was the crowds. The centre of Amalfi is flat and clustered into one square which was full of tourists (me included so who am I to complain) and everything was a queue. Queue to buy water, queue to walk on the pavement. Eugh. It is a town I think I appreciated better from afar (on the boat trip which we took the following day) or in the depths of winter when you could appreciate the beauty of the place.

The famous Duomo (Catherdral) was pretty cool and we had a lovely lunch down one of the back streets in an attempt to hide from the crowds. We had a quick sunbathe on a beach which epitimised the game ‘the floor is lava’ as it was so bloody hot. After a few hours we decided to cut our losses so we could spend more time in collectively one of our ‘must see attractions’ on the coast… Furore.

One of the most instagrammable points along the Amalfi Coast is the fantastic Fjord at Furore (say 10 times fast). The one and only fjord in Italy is located just 7km from Amalfi (and 15km from Positano) and we simply asked the bus driver on our way back from Amalfi to stop at the Fjord. I would have expected the picturesque small beach to be rammed but we were blessed to see that there were only 20 people on the beach, perhaps its the trickiness to get to which puts people off but their loss is definitely our gain.

We hired sunbeds for the ladies (€7 each) from a local vendor who literally lived at the top of the stairs. He also sold sandwiches and cold drinks, all at reasonable prices.

Furore is beautiful and everything (and more) that Instagram promises it to be (I say this because many colourful places are such because of crazy filters and editing skills and their reality is more black and white). The water can be a tad mucky at times but relatively low tidal range of the Med means fallen debris (leaves) cannot escape the Fjord. I imagine the vendor removes most of the gunk each morning.

I was bit hesitant in jumping off the cliffs as I value my legs but having been abit more risky on my last day in Cinque Terre I wish I had taken the opportunity to climb on of the vertical sides and take a leap of faith.

The bridge over the Fjord for the main road (SS163) is approximately 30m above the water and home an annual cliff diving championships. Having jumped off a 10m diving platform in Geneva I can safetly say there is no chance in hell I was jumping off.

The trickiest aspect of visiting Furore is getting back to Positano as you have to flag down the SITA bus which may already be full of passengers travelling between Amalfi and Positano/Sorrento. We had one drive past us unable to pick the 4 of us up but were fortunate that the other, 30 minutes later was dropping passengers up so we were able to get on second time around.

We did 2 other day activities whilst in the Amalfi Coast, the Path of the Gods and a Boat Trip around the coast and too La Sirenuse (the island of the Sirens from Greek Mythology) / Capri which I will cover in separate posts. 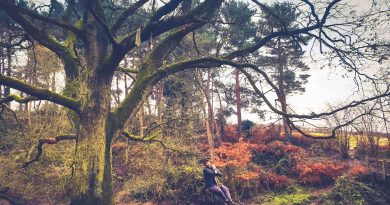 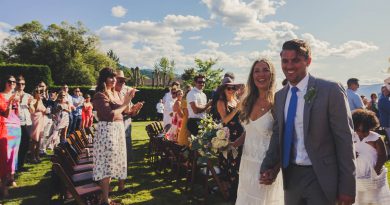 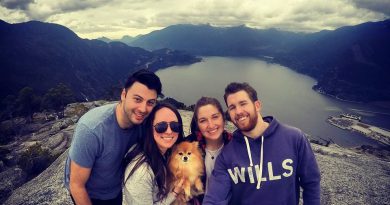