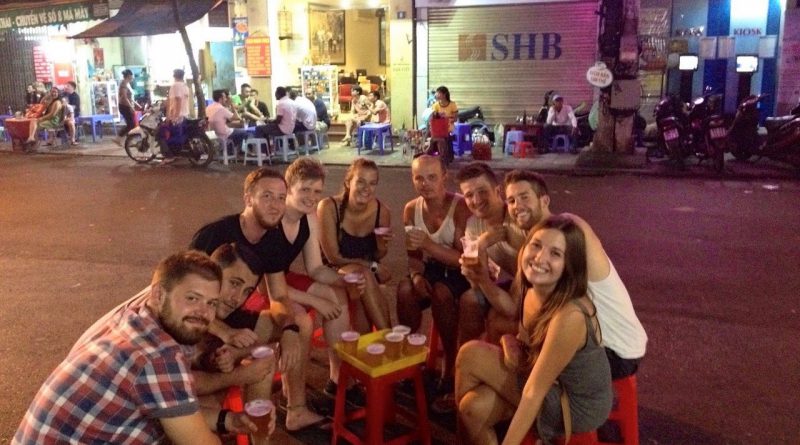 Hanoi is the capital of Vietnam and its second largest city (behind Ho Chi Minh City). We spent a total of 3 nights in Hanoi either side of our epic trip to Ha Long Bay.

Whilst the city has grown significantly in the last 20 years with new skyscrapers and urban sprawl, the downtown, historical centre of Hanoi remains is cultural charm which attracts millions of tourists each year.

Hanoi is also crazily full of mopeds and bicycles who swarm down the roads in the city. The road network follows no logical order and even I, the self confessed Geographer and master or maps got lost on a number of occasions.

Note; The practice of crossing the roads is one of ‘just go and the mopeds will swerve around you’. Daunting but it actually worked.

Things to See and Do in Hanoi

Eat and Drink Vietnamese – The first thing we wanted to do in Hanoi was eat Vietnamese food. The best place to experience traditional food was on one of the many roadside bars/restaurants that filled the roads of the historic quarter in the evening as the traffic dies down. (Vietnamese people get up really early and go to sleep early too).

Food and drink is ridiculously cheap. I bought a round a 13 beers for the equivalent of £1.35. This was a large difference to the £60 round I paid for 6 sol in Singapore. The food was also delicious and I kept on re-ordering more and more.

I also LOVE Vietnamese Coffee (which probably got me into coffee of all makes and models). Vietnamese coffee is served in a French Drip Filter over sweetened condensed milk (and ice) to create a most wonderful and refreshing beverage. It is a staple to escape from the mid-afternoon heat wherever we were in Vietnam.

Most bars close at 10.30pm and police enforce a curfew (bar those which are rumored to pay off the police to stay open throughout the night.) to maintain this closing time. So if you are wanting a late night in Hanoi, be prepared that your selections will be restricted.

Whats funny about the roadside restaurants is they will stay open past this curfew if they have customers. So every now and again a whistle would sound and we would be ushered inside as a patrolling police car came past. Once the coast was clear we would be invited to re-take our seats on the road. Crazy, but part of Vietnamese Life!.

Eating Snake – Eating the still-beating heart of a snake is considered an stimulant and an aphrodisiac. This is something that always gets mentioned by travel blogs / articles on Hanoi as a must do.

The best place to do this is Le Mat snake village which is about 20 minutes outside of the centre.

We sat down and were greeted with 2 aperitifs. One made from snake blood and the other from snake bile. After this we each individually shot the heart as it was prepared infront of us.

Finally, the main course was prepared from every part of the snake (absolutely nothing is wasted). From snake soup, snake spring rolls and dumplings to edible ground bones. It isn’t one for the picky or squeamish eaters. By Vietnamese standards the meal was expensive (about £25) but an experience not to forget.

Hoan Kiem Lake – The lake (whose name translates into ‘Lake of the Returned Sword’) is situated in the middle of the historic centre of Hanoi. According to the legend, an emperor was boating on the lake when a Golden Turtle God surfaced and asked for his magic sword which had been used to fight of the Ming Dynasty in China and drive them from Vietnam.

Today it represents an oasis where locals can practice traditional t’ai chi or simply get away from the hustle and bustle of downtown Hanoi.

On the northern side of the lake is Jade Island and the temple of the Jade Mountain. The island in the centre is accessible by a single bridge (Huc Bridge).

Water Puppet Show – The ‘Unique’ Thank Long Water Puppet show is well known and appears in every local guide. So, to escape the baking afternoon sun we thought we would try it. The show lasts about an hour with several acts depicting famous Vietnamese folk tales.Personally it was not for me, and I found myself bored after the first 4 or 5 acts (not having a clue what was going on).

We stayed at the Hanoi Backpackers Hostel (Downtown), mainly because I wanted to do the Castaway Tour in Ha Long Bay. It is very commercialized and stepping inside you could be in any city in the world but it was in a prime location and came at a reasonable price.

Whilst it didn’t represent traditional Vietnam, it was a great place to meet new people and the nightly bar crawl around Hanoi was excellent.

It was during one of these bar crawls that my friend Louie (a very respectful and intelligent teacher living in Singapore) tripped up a step and headbutted a wall knocking his tooth out (It was kept safe by my other friend who stored it in his show!!). The dentist charged him £7 to glue it back in!! £7, the return taxi fare cost more than the work done. Having said that it did fall out again when he was back in Singapore but it was one of the funniest moments of the whole trip.

I loved Hanoi, the hustle and bustle and constant activity to keep you on your toes. 3 days wasn’t enough to truly experience it. 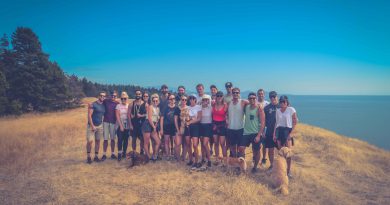 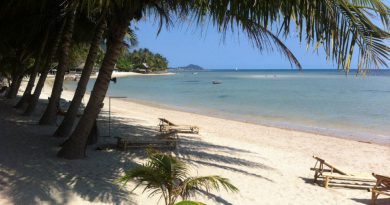 Sometimes in life, you just have to jump in with t

Just a perfect smiley pup to perk up your Monday..

Tunnel Bluffin with my Muffin 🏔🐶

And just for a moment let’s be still