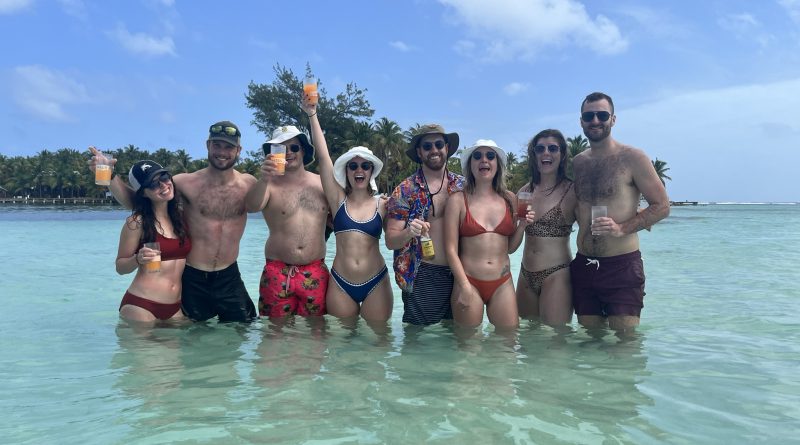 The Raggamuffin Tour was the reason I started looking into Belize in the first place. This 3 day, 2 night sailing trip on a catamaran looked so good on all the posts / blogs and articles I had read online and was down as a must do whilst visiting Belize.

Setting off in Caye Caulker; the trip heads south through the various Cayes of the Belize Barrier Reef with plenty of spots for fishing, snorkeling and unlimited Rum Punch!.

We were initially supposed to leave on Tuesday but bad weather and high winds pushed the trip.

Day 1 started with a snorkel around Spanish Bay before heading to our second spot between English Caye and Goff Caye. We spent the night on Rendezvous Caye which is a tiny spit in the middle of the sea used during the day by Cruise Ships. It was great to camp under the stars and play Zoomie Zoomie.

During the first snorkel we saw the 3 native turtles to the region (Hawksbill, Loggerhead and Green Turtle). We also saw multiple eagle rays and Nursing Sharks.

Day 2 saw us leave Rendezvous Caye as the workers arrives to set up the island for the Cruise ships. We then headed to Colson Caye, Saltwater Caye Channel and Columbus Caye before staying in a cabana on Tobacco Caye,

Finally on Day 3 we headed to Tobacco Caye range where we save the West Indies manatee and Cairbou Caye for a final snorkel.

We arrived in Dangriga; sunburnt, shattered, hungover with a whole new bunch of friends.

FINALLY A BIG THANK-YOU TO VINCENT, MARK, DILLAN and CAPT. BRETT FOR BEING AWESOME GUIDES 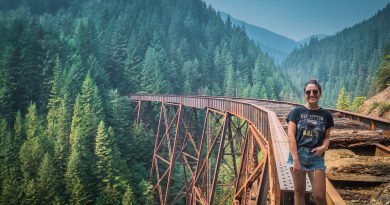