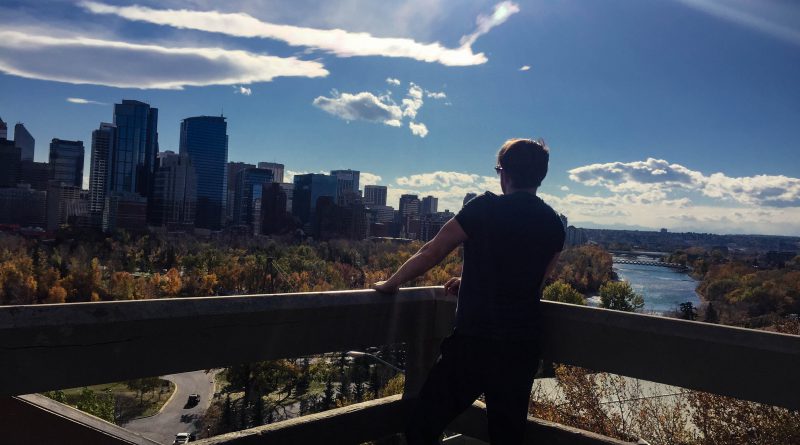 Eighteen months ago, with Canada just a future thought I was approached by a Canadian gentlemen who wished to distribute my EndoTherm. Aaron from Vigor Innovations is based in Calgary and has been our master distributor in Canada for the past 12 months and is an important part of my future plans in North America. He actually flew to Vancouver to meet me last June when I was in Vancouver for Emily and Tyler’s wedding. For that blog post click here

I was therefore due a trip to Calgary to catch up with Aaron, meet some of his customers; sub-distributors and also film a couple of info-videos to answer FAQ’s on the EndoTherm product. More on that later.

Calgary is in Alberta which is the neighbouring province to British Columbia. It lies on the confluence of the Bow and Elbow rivers. The town is famous for the Calgary Stampede which is basically a 10 day bender/celebration of rodeo sports. I am making it an ambition to visit the Stampede next year. Calgary is also the home of one of Sam’s best friends Julia. Julia came to visit Manchester almost 2 years ago for a few days and someone I get along well with. She kindly offered to host me for the evening so we could spend time catching up.

The journey to Calgary was relatively uneventful although it did bring me great pleasure to walk past the heaving international departures and head to the relatively empty domestic security and departures. The 1hr 09min flight was over before I had perused the WestJet brochure. After a catch up lunch with Aaron and meeting we headed to the Canadian Hall of Fame at the site of the 1988 Winter Olympics. The hall of fame has a studio (for interviewing Hall of Fame athletes past and presents) which is where we filmed the Q&A. After we headed up to the museum and looked back at all the famous players and events in Canadian sporting history. Notably the legends are focused in winter based sports and I had great fun poking fun at the curator (and studio technician… and everything inbetween) at how Lennox Lewis, Owen Hargreves and Greg Rusedski were all former Canadians who chose to represent Great Britain. He prompted reminded me how life is too cushy in the UK to promote decent athletes. Anyways there was an interactive game against a greenscreen which could be basketball, hockey, lacrosse of football (not the American kind). The football game involved shooting penalties. I managed to get the all time high score (4 years) in my full suit and not wearing any shoes.. I was very proud to represent my country haha.

With work done I was dropped off downtown to meet up with Julia and her boyfriend Brennan. Brennan is a big football fan (although a Spurs fan) so we were instantly bezza’s. The 3 of us headed downtown for dinner (a wonderful restaurant called Bridgettes) and then headed to one of the nightclubs downtown where Brennan works. This wasn’t the original plan but one thing kind of led to another and BAM its 3am.

The bar/nightclub was called Commonwealth and they had a DJ night with Jillionaire who is one third of Major Lazer (along with Diplo) With beer and Jagerbombs on tap and friend of both Julia and Brennan present it was a great night.

The next morning, with a slightly foggy head I bid Julia and Brennan (THANKS FOR LETTING ME STAYYY 10/10 Tripadvisor rating) farewell to head for a morning and early afternoon of meetings (intercepted with a standard lunch at Cactus Club Cafe.. they are everywhere). As it was Friday of Thanksgiving weekend the weekend ended early for my colleagues who were travelling for weekend family fun so I was left with a few hours to kill on my own in downtown Calgary.

I decided to walk down the river, through Prince’s Island Park and up to McHugh bluff, a natural escarpment with great views of the city. Vancouver is full of evergreen trees so it was great to see more deciduous leaves turning gold, red and brown as fall enters full steam.

I headed back to the airport on Friday evening (although I walked like a true tourist onto a change only bus with a $20 note to a bemused but ultimately kind bus driver who let me on without paying, it must be the accent).

Calgary is completely opposite to Vancouver (it rains less, it isn’t pretentious or cost $700,000 an hour to live downtown) but that isn’t necessarily a bad thing. With its proximity to the Rockies and Lakes Louise, Moraine and everyone inbetween as well as the ski resorts of Jasper and Banff I am sure I will be heading back if not for the Stampede next year. 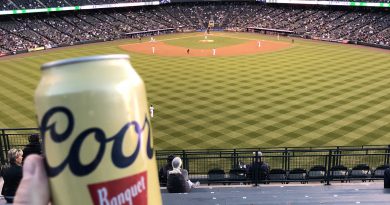 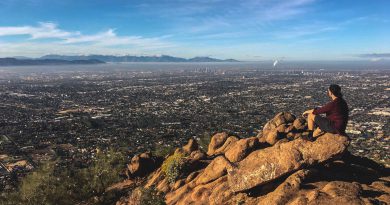 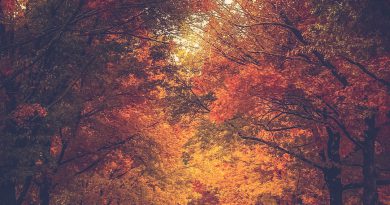 Photo of the Week: Pennsylvania